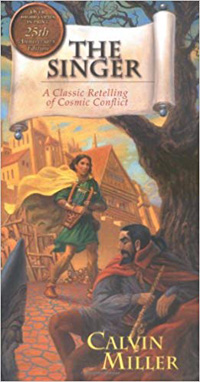 I learned at a very early age that personal dignity was hard-won but easily lost. I also learned how sweet dignity tasted. I became a dignity addict, hungry to prolong the high that dignity provided and fearful that my supply would be snatched out of my hands.

My hunger for dignity has lured me to develop strategies to get people to treat me with the respect I so coveted. Chief among my strategies was using the gifts God has given me to elicit praise from others. He’s graciously given me both mental and spiritual gifts: clarity of thought, ability to excel academically, discernment, a measure of wisdom, skill at teaching – all good gifts, and I am thankful for their presence.

Some of you may know that earlier this year I had a stroke which has impacted my field of vision and made it hard to accomplish tasks that used to be easy. At times when I struggle with a task, I feel not dignity but shame. Event by event, I’m discovering more vividly how deeply I have depended on my accomplishments to earn respect from others.

God has, post-stroke, left me with many long-standing gifts. He has, however, also left me with limits that are new to my life. Still, in His utter goodness, God is using these limits to expose a lie I never realized I believed.

What was that lie? I had almost unconsciously assumed that dignity was something I had to attain, rather than something I already had.

The Dignity of God

Recently, as I was waking up, the phrase “the dignity of God” kept coming to mind. I couldn’t figure out where I’d seen that phrase. Then I remembered Calvin Miller’s poem from his book The Singer. In Miller’s poem, Jesus (“The Singer”) and Satan (“The World-Hater”) dialog as they watch a hopeless mass of urban sameness, hungry for a living song. Here’s their conversation:

I have long been lured into settling for a cheaper product: the dignity of man, that dignity for which we rightly hunger yet wrongly try to accomplish on our own. The Cheaper Product wears us out and sucks joy from our hearts. But the dignity of God? His dignity is restful and dependable. It cannot be lost or snatched away or diminished by our limitations.

Sometimes I l forget that I already have the dignity of God and am free to stop my senseless striving for man-generated dignity. How about you?

Lord, lead us all to trust and savor the dignity You unfailingly, consistently, and generously provide. We give You our thanks.

The Lure of Dignity – A Deceptive Addiction
© Lynne Fox, 2018
Biblegrapes.com

Why Are There Still Colors in the World?

Looking Out My Back Door

4 thoughts on “The Lure of Dignity – A Deceptive Addiction”