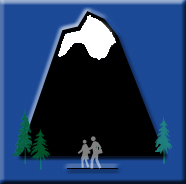 Every one of us, at least occasionally, mentally sets our accomplishments (or looks or possessions or whatever) next to someone else’s accomplishments (or looks or possessions or whatever) hoping we’ll come out on top. We’re trying to boost our self-esteem by comparing ourselves with others, and we may succeed. Or we may not. Aside from the risk of feeling like a failure, what else is wrong with this practice? Several things.

Every time we compare ourselves with others we’re acting on the assumption that some of us actually are better than others – and we hope that the better ones are us. Our hope of being superior reveals that we’re willing to judge others as inferior. It also masks our fear that we ourselves are the ones with flaws.

Then there’s the problem of assuming that we actually can improve our worth – another false assumption. If my accomplishments look better than yours, does that make me more worthwhile than you? If you look better or have more money than I do, should I believe your inherent value surpasses mine? A lot of us think this way; a lot of us are mistaken.

It’s so easy to judge others, but have you ever asked God His opinion about your self-made “class system”? Probably not. We tend to calculate our worth minus God’s input, and in doing so perpetuate our ignorance of what worth is all about.

Standing at the Foot of Mount Fuji
Let’s talk for a moment about our relative heights, yours and mine. I’m 5 foot 3 inches tall. Possibly taller than you but probably not. Let’s say that you’re 5 foot 8 inches. That would make you five inches taller than I am.

Imagine the two of us standing at the foot of Mount Fuji whose top reaches up 12,388 feet. That’s a lot of inches, 148,656 to be exact. You and I glance up at the top of the mountain, look at each other standing there at its base, and start a stupid argument about which of us is nearer the top. You insist that you’re nearer the top because you’re taller than I am. In one sense, you’re right. But in another sense the five inches you have on me is totally irrelevant, because both of us are a very long way from the mountaintop.

A Different Mountaintop
Let’s change the scene. Instead of the snow cap atop Mount Fuji, picture the top of the mountain as God in all His glory. We’re still standing a very long way from the peak, but in this new scene we’re not looking at physical distance but at the incredible distance between us and the glory of God.

Paul says exactly that: All have sinned and fall short of the glory of God (Romans 3:23). I love this verse; it’s my favorite verse in the whole Bible. Why? Because it lets me know that nobody is better than me (nor am I better than them). And it lets me know that I’m not worse than anybody else (nor are they worse than me). What an incredible equalizer! I love it. It undermines both arrogance and shame.

If you and I would stop comparing ourselves with each other and start comparing ourselves with God, we would suddenly see that we are much more similar to each other than we are to God. Whatever accomplishments each of us might hold over the other’s head fade into irrelevance. Whatever failings I use to berate either myself or you start to seem foolish. Both of us are a very long way from the mountaintop.

A Lack of Understanding
Look once more at Paul’s words to the Corinthians: For we are not bold to class or compare ourselves with some of those who commend themselves; but when they measure themselves by themselves, and compare themselves with themselves, they are without understanding. Without understanding – those are strong words. When we compare ourselves with each other, when we measure our worth by looking at the people around us, when we work hard to enhance our self-esteem, we misunderstand God’s perspective: we each fall short of His glory, and each of us lacks the ability to close that gap.

I’m not saying that some people don’t dish out more hurt than other people; some sins clearly have much greater impact and cause more profound devastation. That’s obvious. But even remarkable differences between people become minuscule compared to the vast difference between each of us and God. That is what we must understand. And we won’t gain that understanding until we stop comparing ourselves with others and start comparing ourselves with Him. If God is the standard of measure, then compared to Him nobody is better than anybody else, and nobody is worse.

I’ve told this story numerous times to numerous people. As I talk, I ask them their height, tell them mine, and draw a picture of the two of us standing at the base of Mount Fuji looking at its snow-capped peak. We go through Romans 3:23 and 2 Corinthians 10:12. And I have them take the drawing home so they’ll remember what they’ve just understood:

I also tell them about an unexpected gift. At the moment any person asks be an intimate of Jesus, God eagerly gives that person the glory they were unable to achieve on their own. He’ll bring anyone, anyone, to the top of the mountain. We only need to ask.

Comparing Ourselves with Others
© Lynne Fox, 2014
biblegrapes.com

SEE ALL GRAPPLING WITH YOUR IDENTITY POSTS

Redeemed (I’m Not Who I Used to Be)

Gender Identity and the Image of God

One thought on “Comparing Ourselves With Others”